The Employee Retirement Income Security Act of 1974 (ERISA) is a federal law that establishes minimum standards for pension plans in private industry and provides for extensive rules on the federal income tax effects of transactions associated with employee benefit plans. Qualified plans, such as 401(k) programs, are subject to all of the rules and restrictions of ERISA. Nonqualified plans, including most phantom stock plans, are not. Thus, most phantom stock plans are exempt from the portions of ERISA pertaining to participation, vesting, funding and fiduciary responsibilities. However, phantom stock plans usually are subject to the following ERISA requirements:

1 Phantom stock plans can avoid ERISA involvement altogether and thus broaden participation. These exceptions rely on court rulings which suggest that plans with short payout dates (but possibly up to five years) from the grant date may not be retirement plans but instead are more accurately considered to be bonus plans. 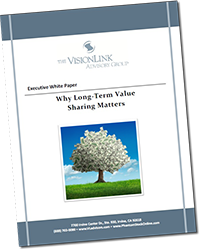